Home » Get Help » What is Lyme disease?

What is Lyme disease? 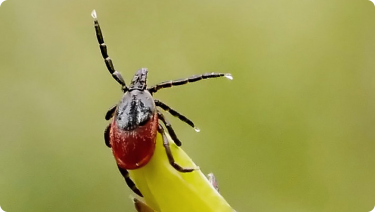 Lyme disease is originally named after an outbreak that occurred in Lyme, Connecticut, USA in the 1970's.

Lyme disease is an inflammatory disease characterized at first by a rash (only 30% of patients report a rash), headache, fever, and chills, and as it progresses, by possible arthritis, neurological and cardiac disorders.  Lyme is caused by bacteria that are transmitted by ticks.

Lyme disease is a zoonotic disease which means it's a disease spread between humans and animals. It is caused by a bacterium called Borrelia burgdorferi.  This bacterium lives in mice and deer and are corkscrew-shaped bacteria, called spirochetes.  Borrelia burgdorferi survive in black-legged ticks when they feed on an infected animal and then migrate to a tick’s salivary glands.   When an infected tick bites a person, these bacterium are then injected into that persons' bloodstream.

These ticks can be found throughout a country where ticks are not usually native.  This is due to ticks attaching themselves to animals and migratory birds.